This Inheritance Must Be Refused 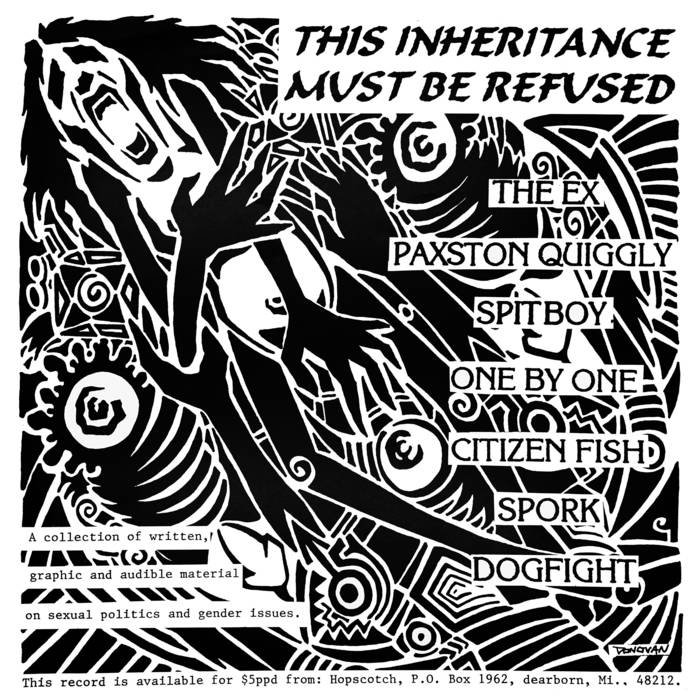 This Inheritance Must Be Refused is a collection of written, graphic, and audible material on sexual politics and gender issues. When it was originally released on vinyl in 1994, sexism, homophobia, transphobia, and toxic masculinity were largely unchecked within the punk scene of that time. Girl bands were often excluded from bookings at venues, the dance floor was an unsafe place dominated by aggressive men, and queer, non-binary, and transgender people often had to hide their identities at shows for fear of violence. Yet beneath that, there was a burgeoning consciousness within the scene of vocal people who were confronting gender issues and sexual politics with their bodies, and through their music and art. From that consciousness, this assemblage of music, writing, and visual art emerged. It represents a powerful moment of change and evolution within the punk community when a few brave people, marginalized because of their gender, biology, and/or sexual identity, would no longer remain silent.

All proceeds from this release go to It Starts With Us (itstartswithus-mmiw.com) - an Indigenous organization dedicated to identifying and honoring missing and murdered indigenous women, two-spirit, and trans people across Canada. Donations to date: $137.12 CAD.

Direct donations to It Starts With Us can be made here: www.paypal.com/paypalme/ItStartsWithUsMMIW

Originally released as a one-side LP by Hopscotch Records in 1994. Council Records is pleased to add this record to its ever-growing digital archive of important works.

Music by: The Ex, Paxston Quiggly, Spitboy, One by One, Citizen Fish, Spork, and Dogfight