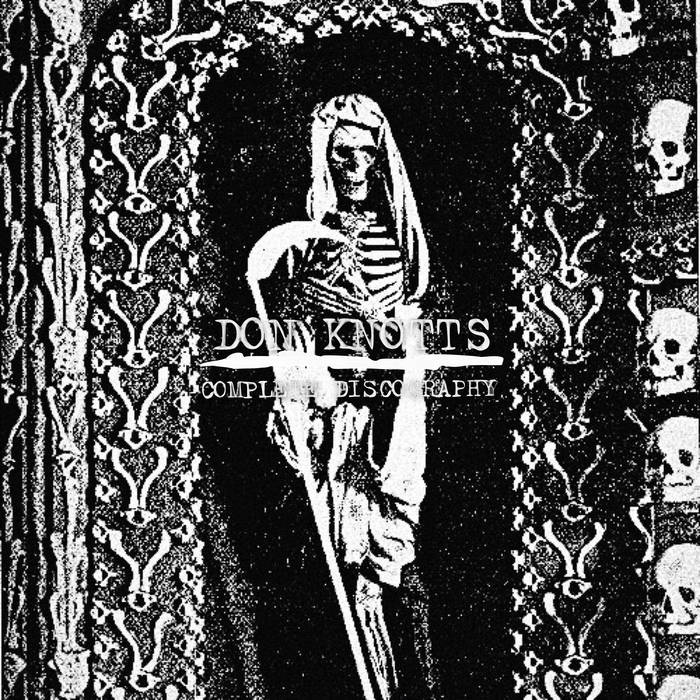 Don Knotts started during the middle of a North Lincoln practice in the Summer of 1999. 3/4 of the short-lived Grand Rapids, Michigan hardcore band Yesterday's Gone joined the three members of North Lincoln to form the initial lineup of Don Knotts. After our first show, we decided that Dan shouldn't play guitar and "sing" simultaneously. He was more focused on being a vocalist, which made Don Knotts a dual vocal band, much like a couple of our influences Ottawa and Nausea. With Dan and Adam handling vocals, we brought our friend Nate Schnider to back Kevin up on second guitar. This lineup recorded our first and only 7" "A Black Day For Mayberry" in January 2001. It was also the inaugural release for Grand Rapids Friction Records, which would release records by Enon, Bear Vs. Shark, La Dispute, and Heads Will Roll, to name a few.

A few months after the 7", our friends Dan and Nate Schnider decided to leave the band. We brought in Brian Payne on guitar, and Adam took over complete vocal duties. This lineup would record material that was initially to be used for a split 7" with a band I can't remember the name of that never came to fruition. After recording this material, Nate Baker would leave the band, and Brian Beckwith would move from percussion to bass.

We finally decided to put the nails in the coffin of Don Knotts on October, 30th 2002, in Lansing, Michigan, at the legendary basement venue known as The Ghetto Diaper. The show was going to be a perfect chaotic send-off for this jumbled mess we called a band, but about ten seconds into our set, a drunken crusty kid pulled down the waterline, and the show was over. This evening, we also released our last eight songs as a cassette known as "Devil's Night," which we had meticulously wrapped as Christmas gifts and handed out to the ridiculously packed basement crowd.

In 2004 we played a short set at The Fest 3 in Gainesville, Florida, and that was the only time we ever played outside of Michigan. We built up a pretty sizable following for a band that was as sloppy and chaotic as we were that never really left their home state, and I'm continually amazed when someone I don't know is aware of this band. - John Massel, 2021